It was Friday yesterday. We usually avoid dining out on weekends, but yesterday was different and we felt like having thali - the famous Gujarati thali for diner. Most of the well known thalis like Agashiya, Gordhan, Pakwan and the latest addition to thalis brands, Anakut etc were already tried . With so many options available in the market, we avoid going to the same restaurant again, unless there is "compulsive eating disorder" for some food, only served at that place or some divine intervention guides me to repeat. 😋


A friend who is fond of foods and appreciates good food and have been in Ahmedabad for more than a decade once referred to Atithi, Bodakdev for Gujarati thali. Though  I have crossed Atithi a number of times, it's situated on one of the most busy main roads never even once did I thought of going inside. One of the main reason is that it's located on first floor . In one of the programmes about Ahmedabad on TV on some food channel, I remember the host had his meals here and was praising a lot. I discount such programmes 99 % due to their commercial compulsions, the information stuck with me.

Anyhow, yesterday, we went to Atithi for the Gujarati thali. The pleasant surprise was that it has shifted to ground floor. Even the parking was also not an issue. We reached around 8.30 pm. The capacity is very large and there was no waiting at all. The decor and ambiance is very simple. The main colour is white. It appears to be undergoing renovations. Expect a bigger and better Atithi in near future.

As soon as we settled, we were attacked by the army of "servers". Chatnies, both green and "imali ki saunth" were served first. Samosa, muthia and cutlet were the snacks served. Beetroot was also served and I could not make out why they served it? The most tasteless preparation of beetroot I have ever eaten. 😁.

Mohanthal was the only sweet served and in minimalist quantity. Even a repeat request took so long that I felt  like not requesting again. At one point of time, I thought they are doing a great service by controlling the calories of their customers and are taking care of their customer's health. But I have a large sweet tooth and I am happy with my weight, so I insisted again and again, till I am full till neck. 😤

Curries were the saviour . Chane / chole/ kabuli chane, paneer, aalu , bandgobhi matar , Gujarati kadhi and the divine aamras. All were appealing to taste buds and were not very spicy. My husband does not like chillies and he could eat comfortably. Generally, he opts for Jain thali just to be on the safer side and have less spicy and garlic free food. Yesterday, we forgot to opt for Jain thali. But thankfully, non have spices which he could not eat.

Three types of breads were served - poori, roti and bhakari. For rice eaters, an option of steamed rice and khichadi was there. I opted for khicadi as I relish kadhi with khichadi more than kadhi-rice combo.

The chaas / butter milk came when we were halfway through.

They have not kept water jugs or water bottles on the table and one has to ask for water every time glass is empty. I find it a good way of saving water and sensitizing people about the precious resource. #cuttingpani

Food as such was okay. A very routine thali menu. Nothing special and no negative points too. It will be great if they could add some sweetness to the menu and let it be accessed easily.

Friday's dinners have become more fun since both the boys have shifted to Ahmedabad from Bangalore and USA respectively. Weekends are important to working people (sons) and are of least importance to the people who have retired from work and not from life like me.

My kitchen does not serve dinner on Fridays as Zomato or Swiggy have made partying at home so easy. Pizza being one of the  favourite food for the generation next of the family, it's been there on the menu almost every alternate Friday. We have tried most of the vendors of Ahmedabad available on Zomato and Swiggy but Vibhore, my younger son a connoisseur of the "authentic Italian flavours" was not very satisfied with his  experience. He thought of trying it at home. My kitchen has become the testing lab to a perfect  for us.
We all scanned through a number of websites and finally we created our own recipe which was amalgamation of vast information from different resources ( websites).The ingredients were so… 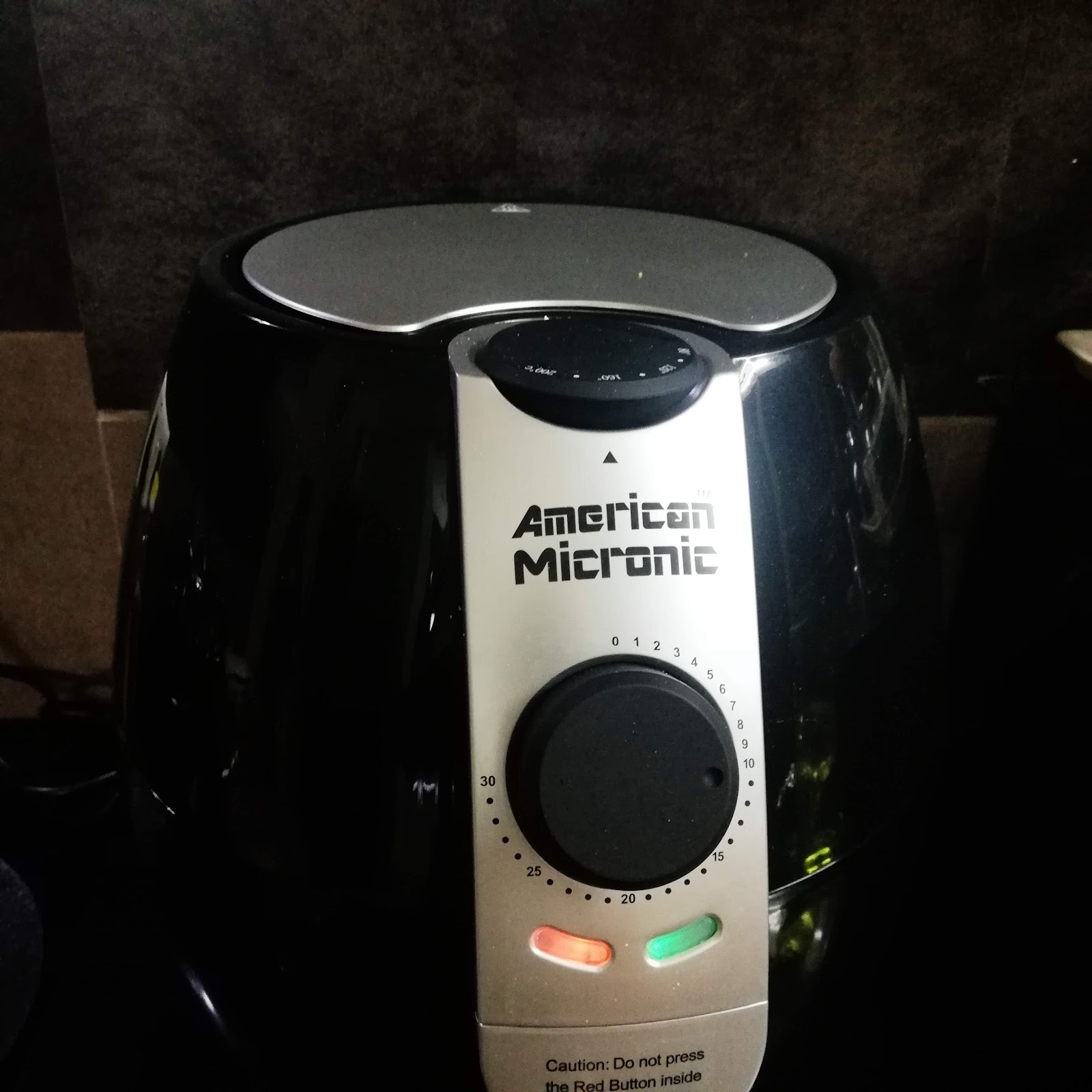 My Tryst with Air Fryer

Air Fryer is my new armour in the kitchen to create food with less oil. My family loves tasty food which may not necessarily be the healthy food. :P So after doing lots of research and relishing air-fried food at a friend's place, I bought mine from Amazon.
The online shopping has made things much easier for people like me, who do not want to waste time in market hopping. Online markets like Amazon have so many brands and models, available  which is very difficult to find in one showroom. Secondly, customers' reviews give a better picture of performance than a sales girl or sales boy as it comes directly from the end users. Moreover, one can compare different models on their features and prices. The best part is home delivery, which is really fast.
The American Micronic Air Fryer has good reviews from more than 200 customers,and it's competitive price is the trigger which made me opt for this relatively unknown brand as compared to Philips, Havells, Glance and Prestige etc. Te…

The world all around has been forced to stay inside due to the chinese virus "Corona". We are avoiding going out to be safe, unless it's absolutely necessary. In Ahmedabad, where I stay, the AMC is doing a great job. They are sending the vegetable vendors to housing societies to help people stay at home.

As a responsible citizens, we must avoid any food wastage. Make small but sufficient quantities of food, so that you eat fresh, Avoid frying often as with lesser activities, it will set in lethargy. Dal, nuts, dry masalas, rice, suji, besan, wheat flour etc are enough to create plethora of recipes.

Suji is one ingredient which can create wonderful recipes for each meal. It is a very versatile ingredient. Few more ingredient and you  can dish out  many tasty dishes from your kitchen.I have listed ten easy to make dishes with suji / rava/ rawa/ semolina as the basic ingredient to help you plan your meals.