Last week, I visited Bhutan with my husband to celebrate our 32nd wedding anniversary. As it was a trip organized through a travel agency, the breakfast and dinners were Indians. On the go, we, looked for Indian lunches. One day, our guide, Mr. Chin Chow suggested for an authentic Bhutanese lunch at a local household. I jumped at the offer to taste vegetarian local meal. Having a food at someone's home and not a restaurant was a great opportunity to mingle with local people and understand their culture. 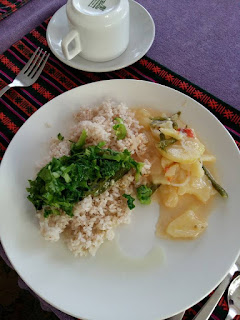 The food was very spicy. The main spice was green chillies. Most of the dishes were cooked in cheese and butter.

The most distinctive characteristic of Bhutanese cuisine is its spices. Chilies are an essential part of nearly every dish. Bhutanese people enjoy spicy food.

Rice forms the main dish of most of Bhutanese meals. It is accompanied by one or two side dishes consisting of meat or vegetables. Pork, beef and chicken are the meats that are eaten most often. Spinach, pumpkins, turnips, radishes, tomatoes, river weed, onions and green beans are commonly used vegetables. Grains such as rice, buckwheat and barley are also cultivated in various regions of the country depending on the local climate.
Our hosts, Rinzig and Jigme served us Kewa dashi, Sag Dashi and Ema Datshi with red rice.

Kewa Datshi is potatoes cooked in cheese and chillies.
Sag Datshi is the leaves of spinach, radish  and mustard cooked with cheese.

Ema Datshi is the National Dish of Bhutan. A spicy mix of chillies and the delicious local cheese known as Datshi. This dish is a staple of nearly every meal and can be found throughout the country. Variations on Ema Datshi include adding green beans, ferns, potatoes, mushrooms or swapping the regular cheese for yak cheese.
bhutanese food chillies. ema datsi My travel food stories red rice 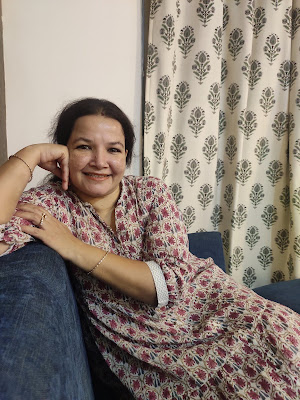 Vivacious Sarika Jain, Owner, SWAAD  Home Food Services, Ahmedabad is our first foodpreneur who has been into the business of home cooking since last five years. Running the show successfully and moving ahead confidently. She has also empowered two women. She is spreading happiness through her food service in Applewood Township, South Bopal, Shela, Club O7 Road, Bopal and Prahlad Nagar areas of Ahmedabad, Gujarat. Let's know about her journey as an foodpreneur. Petpuja - Welcome to the blog , Sarika. Tell us something about yourself. How did you zero in on home cooking as a business? Sarika: I was married at the young age of 20 years and was happily busy setting up my new home. I have always given priority to my family over my own ambitions and goals as I felt it right thing to do at that moment. With children entering the scene, they became my first priority and I felt contentment in taking care of the family. Doing something of my own was always in my mind, thoug 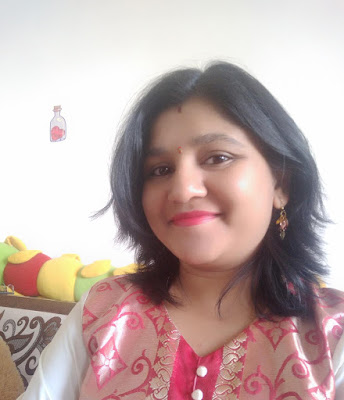 The second guest of our interview series  "What's Cooking"  is Ms. Priyanka, a textile engineer turned foodpreneur! Sounds interesting. 😊 Let's know about her interesting journey from being an engineer to a foodpreneur . Petpuja : Welcome to the blog Priyanka! It's a pleasure to have you on the series. Tell us something about yourself. How did you zero in on home cooking as business? Priyanka : Thanks for inviting me to be part of petpuja.com ! A Mumbaikar by birth and a textile engineer by education.I have done my B.Tech in Textile Engineering. I had moved to Ahmedabad to join my first job with a textile group immediately after passing out. Destiny brought me to Ahmedabad for a specific purpose. I found my soulmate here. Soon we became parents of a beautiful princess. I took a sabbatical in the interest of my baby. Just like every mother, it was difficult to go back to work without a proper family support system. We are a nuclear family and our parents were equ