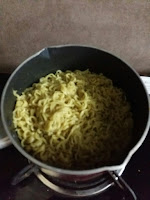 Yesterday I  had Maggi in dinner after months of ban. No, I am not a teenager who lives on maggi in hostel or a new working professional , away from home who has only 2 minutes between his/ her hunger and sleep. I am in my newfound middle age and maggi was very much a part of my life.

Maggi meal was very popular meal at home, when hubby is out on tour. My young son Vaibhav and me had many maggi dinner parties watching cartoon tv channel instead of news channel.

Later on when boys grew up, they had dished out  many variations of Maggi as midnight snack when their cousins Vidushi and Vidur visited us.

I had moved on to Atta noodles when Nestle introduced it, but boys were diehard fan of Masala maggi.Over the years, Maggi has become a comfort food and was part of all fun and sad moments of life.

When boys flew away to explore the world, Maggi came handy to fill the hungry stomach after a hard day for them.
Though,after the ban and it's resurrection, my faith in the product has shackled. I may opt for some other instant noodles next time. 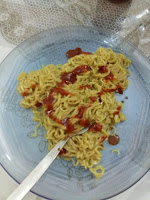 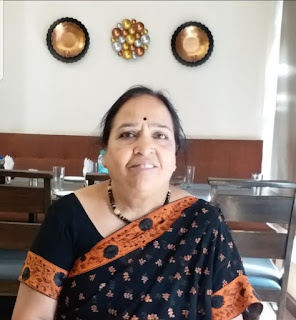